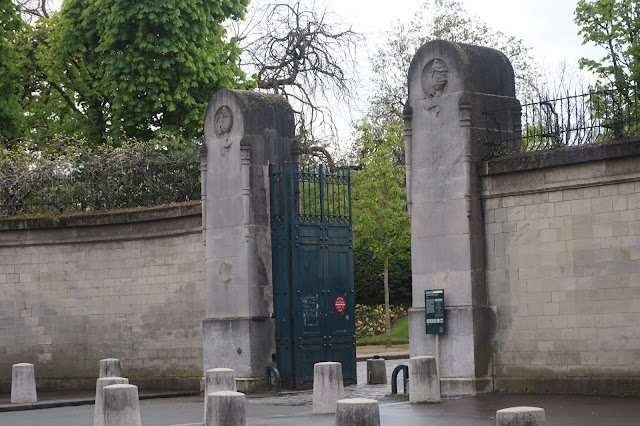 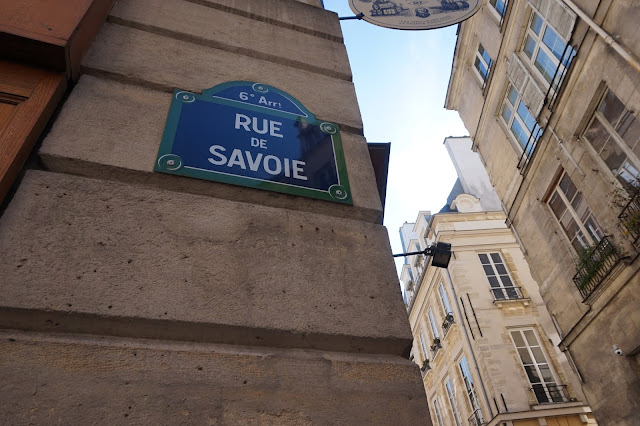 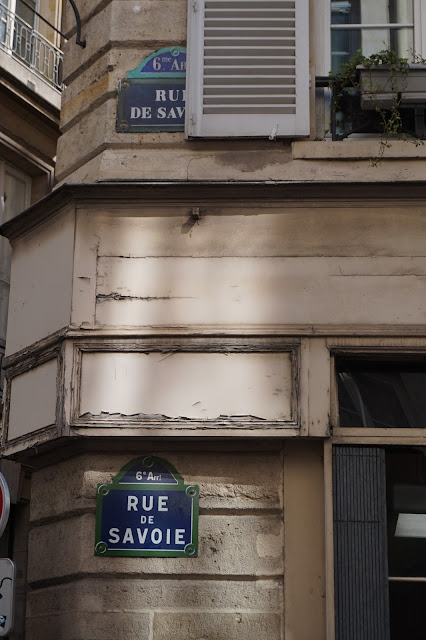 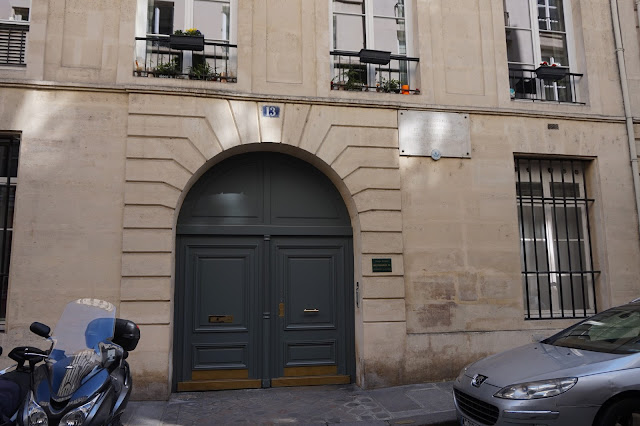 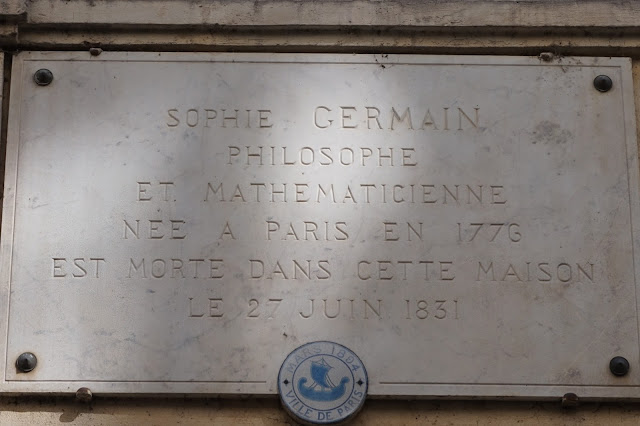 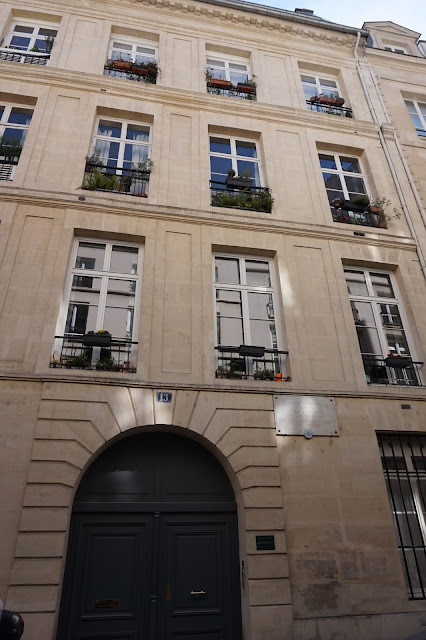 She died here, in her home at 13 Rue de Savoie, Paris 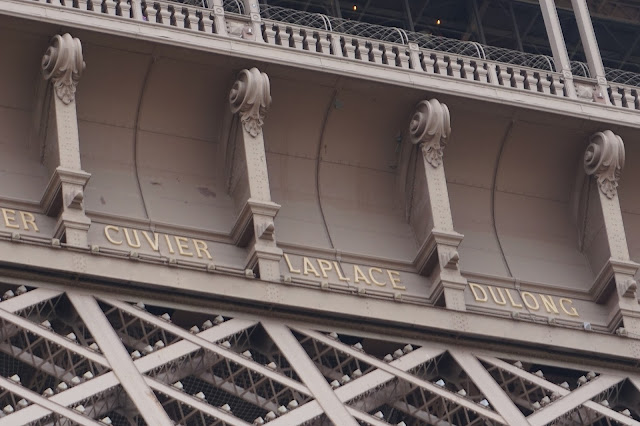 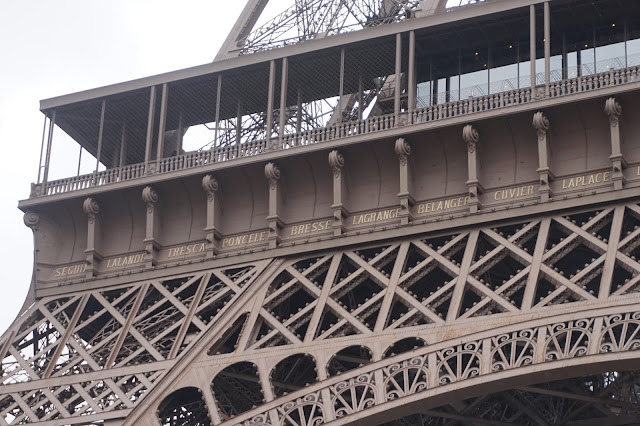 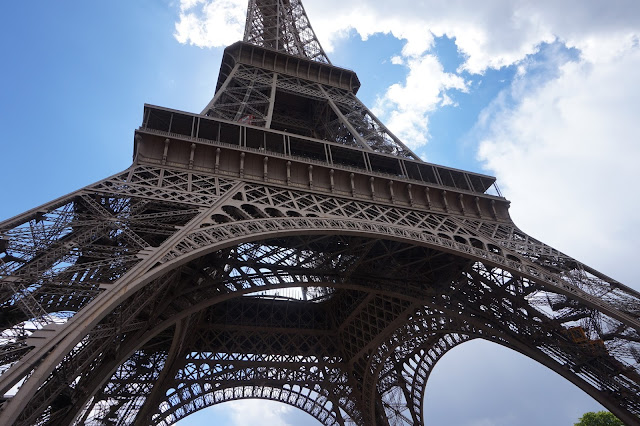 But Sophie Germain (1776-1831) should be here - listed among the 72 French scientists, engineers and mathematicians recognized for their contributions.  In particular she should be here as her work on the elasticity of metals was crucial in the building of the Eiffel Tower.

As I mentioned in my post about Ada Byron Lovelace, prior to the 20th century women were discouraged - a better word might be disallowed - from going into mathematics.  The only exceptions that I am aware of are Ada Lovelace (1815-1852) and Hypatia (c. 360-415) - and things didn't really end well for either one of them.  Ada's work was forgotten until Alan Turing rediscovered it in the 1940s, and Hypatia was murdered by a mob.

Sophie Germain was born in Paris 13 years before the beginning of the French Revolution.  During her youth it was necessary for her to remain indoors due to the bedlam in the streets relating to the revolution, so she spent a great deal of time in her father's library.  It was here that she came across the story of the death of Archimedes in a book on the history of mathematics by J. E. Montucla.  As the story goes, Archimedes was working on a geometrical problem when his hometown of Syracuse was invaded by the Romans.  Archimedes was well-known and was credited with devising inventions that had held off the Roman invasion.  Soldiers were given orders to bring Archimedes back alive, but Archimedes incensed the soldier who came for him by saying, when that soldier's shadow obscuered his drawing in the sand, "Do not disturb my circles."  The soldier ran him through with a sword.

Sophie felt that if mathematics was THAT engaging then it was a topic that she needed to learn.

Sophie's parents were concerned about her studying mathematics and did their best to put a stop to it.  When they didn't let her do mathematics, she began to work on math in her bedroom at night.  When her parents realized what she was doing they took away her candles and her clothing so that it would be too cold and dark for her to do mathematics.  Sophie snuck candles into her room and wrapped up in her blankets for warmth.  Her parents finally relented when they found her asleep at her desk one morning with the ink frozen in the ink-horn.  It is said that after some time her mother secretly supported her.  Sophie never married, and her father supported her financially throughout her life.

ASIDE - As one small example of the bedlam going on in the streets of Paris, the row of kings on the facade of Notre Dame Cathedral was beheaded by the mob, thinking they represented kings of France, when actually they represented biblical kings of Judah.  Thankfully it was later restored. 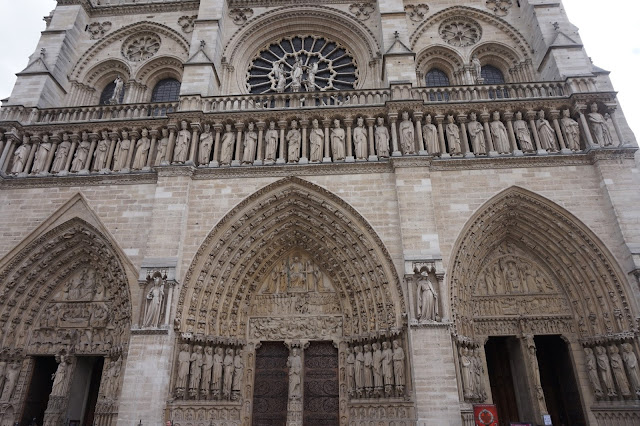 When Sophie was 18, the now-famous Paris university Ecole Polytechnique was opened, but, of course, as a woman, she could not attend.  Here too she found a way.  She used the identity of a young man who was no longer attending, Monsieur Antoine-August Le Blanc.  Under this pseudonym she was able to receive lecture notes and to submit work.  The person she began submitting her work to is one of those whose name can be found on the Eiffel Tower, Joseph-Louis Lagrange.

Sophie's intellect stood out, so much so that the great mathematician Lagrange took notice and asked for a meeting.  Thus Sophie had to give up her secret identity.  Thankfully, Lagrange did not mind that she was a woman, and he became her mentor, visited her home and also provided moral support.

Germain later became interested in number theory after reading work of Legendre, and she initiated a correspondence with him about number theory and elasticity.  He included some of her work in a supplement to one of his books.  Her interest in number theory was heightened when she read Carl Friedrich Gauss's famous work Disquisitiones Arithmeticae.  She also began a correspondence with him using her old pseudonym Monsieur Le Blanc.  With Gauss as well the secret was finally revealed - this time by way of her protecting him during a time of war.  It was about 1807, and the French were occupying the area near Braunschwieg where Gauss lived.  Sophie was concerned that Gauss might meet the same fate as Archimedes, so she wrote to a general in the army who was a family friend asking him to ensure Gauss's safety.  The general went to meet Gauss to make sure that he was safe, which was certainly a welcome gesture, but Gauss was puzzled when the general said he owed the visit to Sophie Germain - whom Gauss had never heard of!

Three months later Sophie admitted her identity to Gauss.  Here is his response:

"How can I describe my astonishment and admiration on seeing my esteemed correspondent M leBlanc metamorphosed into this celebrated person. . . when a woman, because of her sex, our customs and prejudices, encounters infinitely more obstacles than men in familiarising herself with [number theory's] knotty problems, yet overcomes these fetters and penetrates that which is most hidden, she doubtless has the most noble courage, extraordinary talent, and superior genius"

Sophie is one of many mathematicians who worked on Fermat's Last Theorem, and as a result of the specifics of that work a particular type of prime number bears her name.  A Sophie Germain prime is a prime number p where 2p+1 is also prime.

In spite of her achievements she never received a degree and even on her death certificate she is not named a mathematician or scientist but only as a property holder.  When the matter of honorary degrees came up as a topic at Gottingen it was six years after her death, and Gauss (the most prominent mathematician in the world at that time) lamented that she who had proved to the world that even a woman could contribute to that most rigorous and abstract of sciences, mathematics, could not receive the degree.

Here's to you Sophie!  Thinking of you and the intellectual heights you achieved from the height of the tower on which your name should appear! 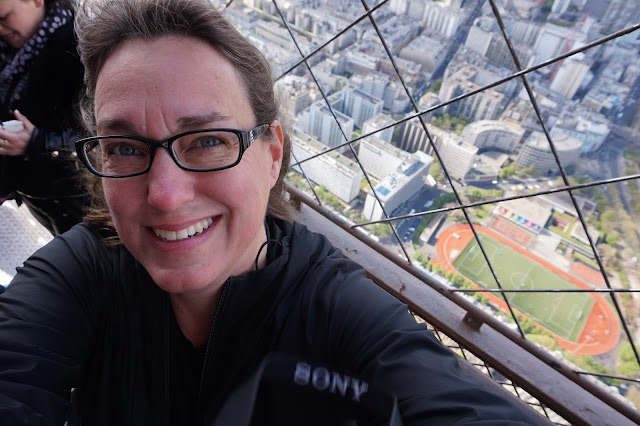 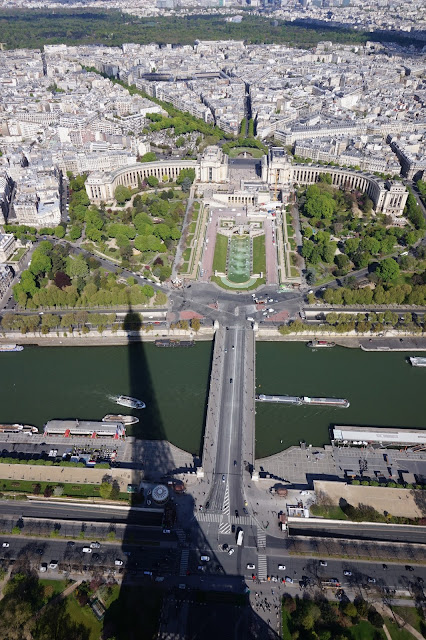 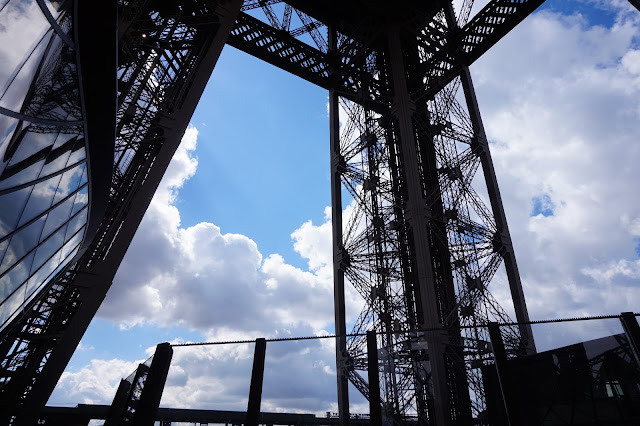 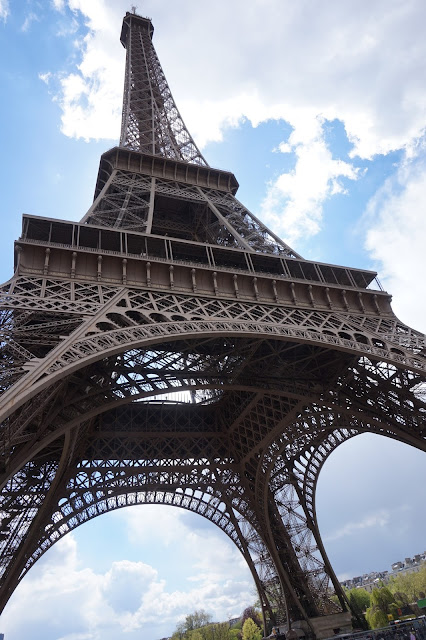