POST SCRIPT: I had drafted this post to go up on March 11, the day I was to fly out to Rome.  Most of my time in Italy is (was?) to have been spent in northern Italy, but as I watch the coronavirus warnings on the news it looks like if I were to head to the areas of Venice, Padua, Pavia, and especially Milan, that I may not be allowed out and into the UK to continue my travels.  That's just a prediction, but I fly out in 2 weeks and will spend (would have spent?) 5 weeks in Italy.  Who knows what that virus is going to do over that period of time. So at this point everything is up in the air (no pun intended), and I'm scrambling to change over the course of a few days the plan that had been carefully crafted over the course of a year and a half (two years, really).  Originally my concerns about travel were the discomfort of long flights and the details of setting up phone service in Europe-- am getting a little change of perspective on that.


This trip that I am beginning is an AMAZING opportunity!  However,  to say I'm looking forward to countless hours sitting on a plane would be a lie.   And to say I'm not nervous about this trip would also be a lie. I am a shy, introverted person who appreciates above all else the comforts of home; I also tend a bit towards anxiety.  (And some of you reading this are chuckling right now because you know that to say I tend a "bit" towards anxiety is like saying the ocean is a "bit" wet!)  BUT, I am so passionate about the history of mathematics and about the particular mathematicians that I am studying that there is no way I would not have jumped at the chance to do what I am doing! 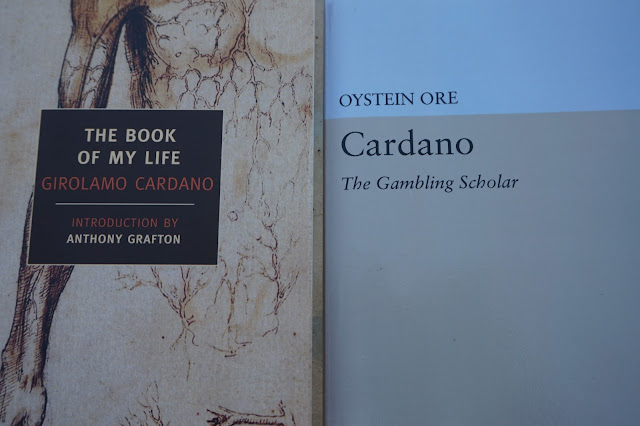 As I've been reading about my mathematicians, something that has caught my eye has been their travel experiences.  I mentioned in my introductory post that Cardano and Dee had met in London (1552).  That meeting actually happened as Cardano was on his way back home to Pavia from Scotland - an even further destination.  As the second most renowned physician of his day (behind Vesalius), Cardano was asked by Archbishop of St. Andrews, John Hamilton, to come and treat him.  Cardano left Italy on February 23, 1552 and arrived in Scotland on June 29, 1552 - a journey of just over 4 months!  He did have a bit of a "layover" in Paris  .  .  . but still, in comparison to the somewhat less than 24 hours it will take me to cover the 6250 miles from home to Rome, the FOUR MONTHS it took Cardano to cover the 1500 miles from home to Edinburgh is quite the journey and kind of puts mine in perspective. 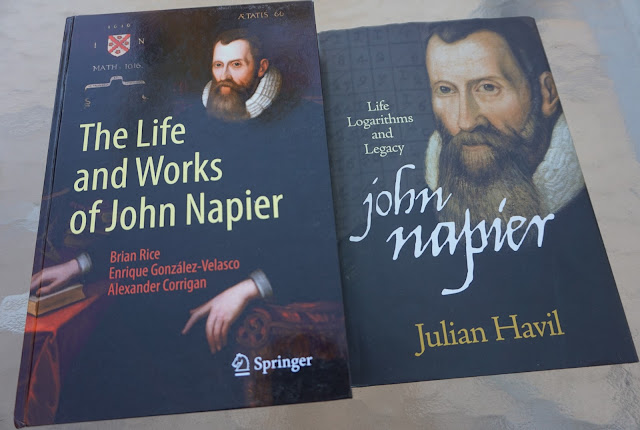 John Napier left his Edinburgh home in 1563 to travel to the European Continent in order to continue his education. He was just 13 years old at the time!  He would have had a servant with him, but no amount of help could come near to alleviating the rigors of travel.  Depending on weather (and pirates!) it could take up to 10 days to go by ship the short distance from Scotland to the Netherlands.  Traveling by land was actually harder.  Among other things it was best to present one's-self as being impoverished so as to avoid the notice of the robbers who roamed the roads.  Even at an inn it wasn't a good idea to pay for a bed or a good meal because that would show you had money, so sleep might have to be on a bench or table or in a stable.  As uncomfortable as this sounds, it might not have been so bad in comparison to a bed, however, as a bed might have to be shared by multiple travelers (strangers) and could be filthy and flea-infested.

It isn't known where Napier studied on the Continent.  It may have been as nearby as the Low Countries, or further on to Paris or Geneva (most likely), or perhaps even as far away as Italy.  But one thing is certain, his travels would have been neither brief nor comfortable! 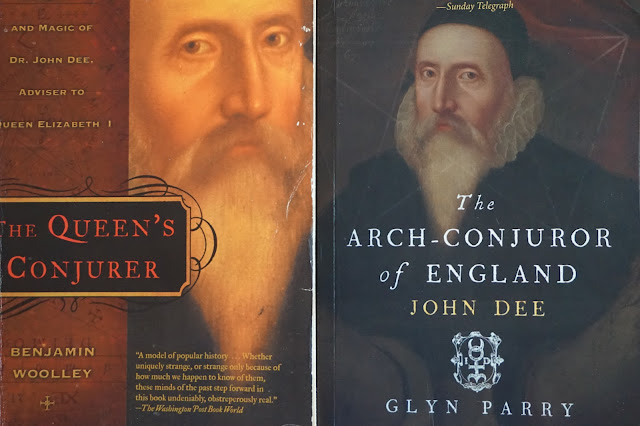 And then there's John Dee who left his most dearly beloved home in Mortlake, England to travel to central Poland.  He set out on September 21, 1583.  Once he had made his way along the Thames and out into the North Sea, a storm drove his ship back towards shore where they would have to wait a week for a new anchor to arrive. Getting back from ship to dinghy to shore was an ordeal that left Dee falling into the sea and becoming "foul arrayed in the water and ooze."  Once across the sea, they made their way across the Netherlands towards Denmark, a trip not made easier since Dee had packed at least 800 of his very favorite books!  Onward they went through Germany and then, with "slow, perilous progress," over into Poland.  Between two of the cities in their travels they had to hire two-dozen men to clear a two-mile stretch of road to enable their coaches to pass, after which they found themselves marooned outside the city, which was surrounded by floods.  On February 3, 1584, he finally arrived in Lask.  This journey, as had Cardano's, took just over four months. 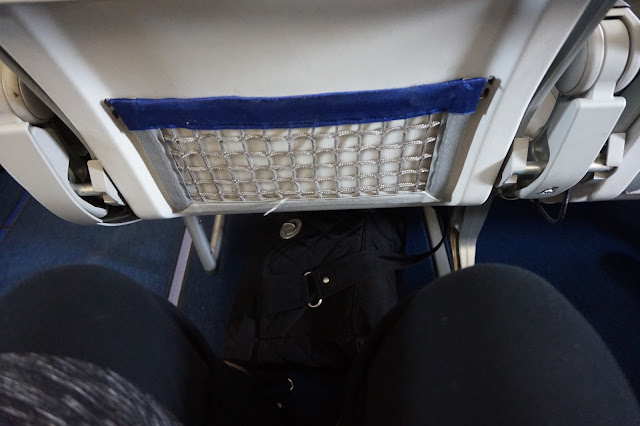 So, no matter what the next 24 hours have in store, I'll be spanning the distance of about a fourth of our globe in that relatively short time - and mostly sitting in a chair!  One car, three planes, and a train later, I will arrive at my hotel, which is located directly behind the Pantheon in Rome - and that will be a glorious sight to behold!!  POST POST SCRIPT - Well, that was the original plan - not at all sure what the alternative plan will turn out to be - a much more "interesting" journey than anticipated!!  I sure hope it doesn't get as "interesting" as any of the three examples above!
Posted by Heidi at 7:05 AM No comments: