I did get to a place today associated with Colin Maclaurin, but I don't have time to post about it tonight - it's 12:19am, and the wake-up call for my Jedburgh trip tomorrow is coming at 8:00am - so for now I leave you with this teaser:


What do Colin Maclaurin and Lord Voldemort have in common?

Next day post script - The teaser has to remain a teaser a little longer as for some reason I cannot upload photos to blogger tonight :-(

(This could snowball into an avalanche rather quickly, as I have much to post each day!  Hoping for better things tomorrow!) 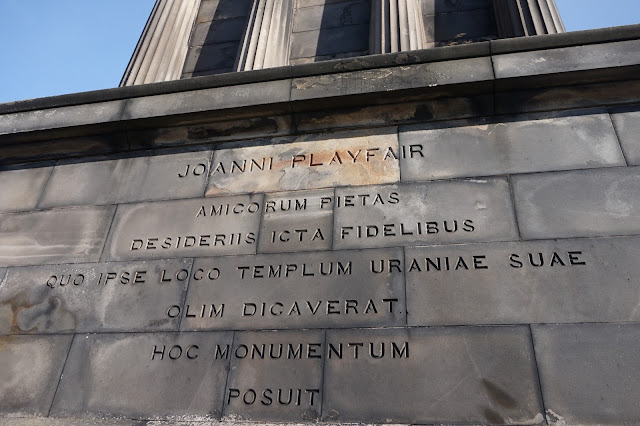 John Playfair (1748-1819), Fellow of the Royal Society of Edinburgh and Fellow of the Royal Society was a professor of natural history at the University of Edinburgh.  His name lives on most prominently in "Playfair's Axiom" an axiom equivalent to Euclid's Fifth Postulate but simpler to state and grasp.  The fact that his name is attached to it is odd, since this axiom had been around since the time of Proclus and was used by others, particularly William Ludlum, whom Playfair did credit in his writings. 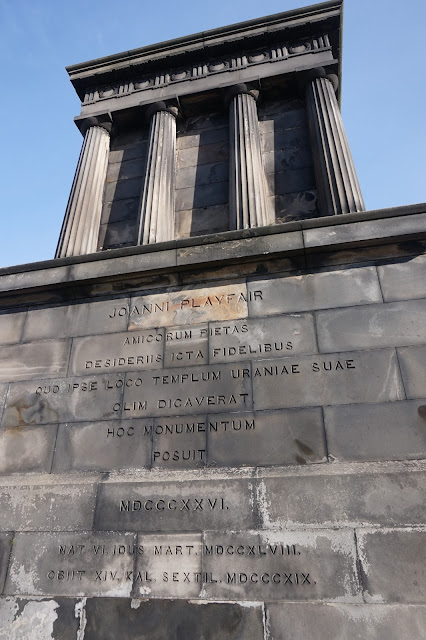 Playfair's nephew was the famous architect William Henry Playfair, and it was he who built the above monument to John Playfair, which can be found on Calton Hill just in front of the City Observatory, which William also designed. 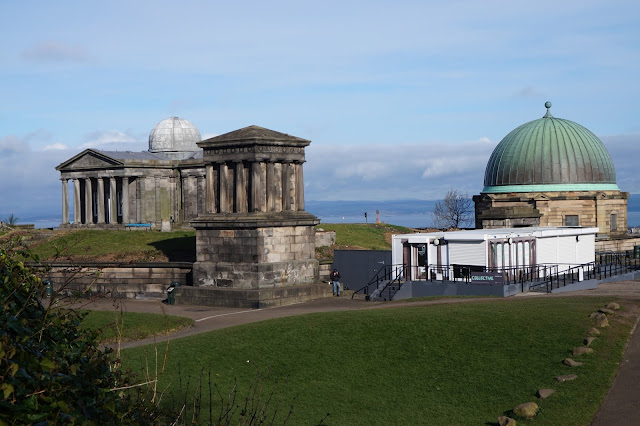 John Playfair is buried just across the way from Calton Hill, in Old Calton Burial Ground, which is one of the places I was most hoping to see while in Edinburgh, but when I found the gate closed and all these "no access" signs posted :-(  (It seems they are quite serious about not letting people in right now!) 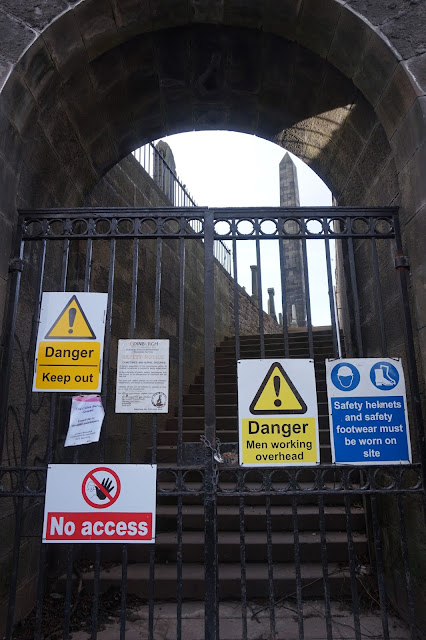 I find that many cemeteries here have a board posting the "celebrities" who are buried inside, so I was able to get a picture of his name on that board just beside the gate. 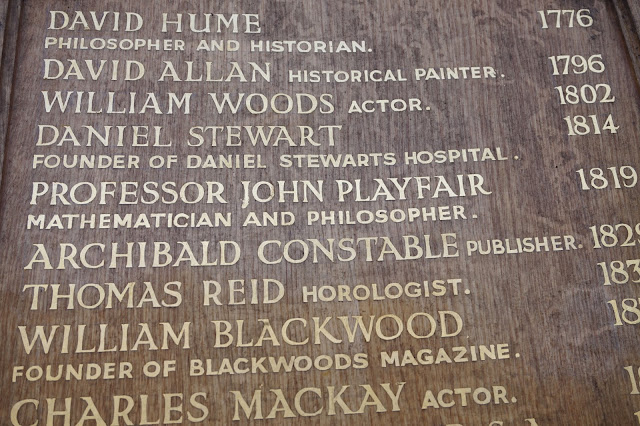 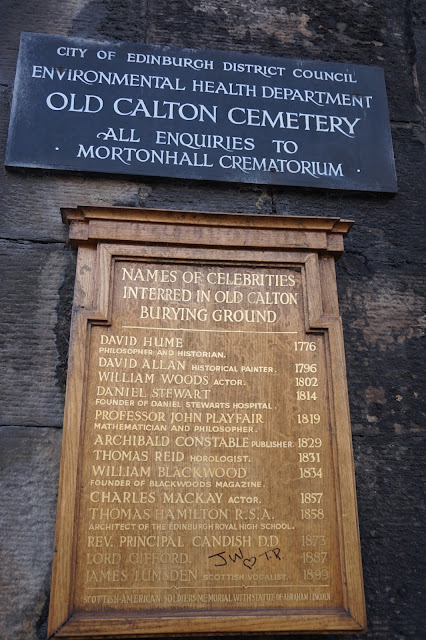 Here is a view looking down into Old Calton Burial Ground from Calton Hill.  The round monument is to philosopher David Hume.  (Aside - the unusual dome just left of center on the skyline is that of St. Giles' Cathedral.) 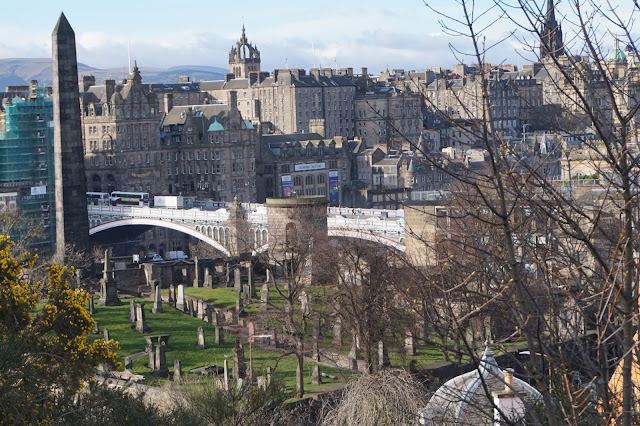 Well, I'm "cheating" a little bit on this one. Though the post says I put it up in March of 2016, I'm actually posting this on January 22, 2018. Two months ago, the opportunity came up to revisit the amazing city of Edinburgh.

Even though I was there "just for fun" this time, I couldn't help but look into some of the things related to math that I had missed initially.  One mathematician I'm quite interested in is Roger Penrose whose "impossible shapes" made it into the movie Inception.

Penrose's mathematical work takes inspiration from many places, including the world of art.  He collaborated with artist M. C. Escher, and he had an uncle who was an artist and a collector of surrealist art.  This uncle was Roland Penrose, and his collection is housed at "Modern Two" in Edinburgh.  The rest of this blog consists of photographs I took in the Roland Penrose Gallery of "Modern Two."  They may give a sense of one influence in the life of mathematician Roger Penrose. 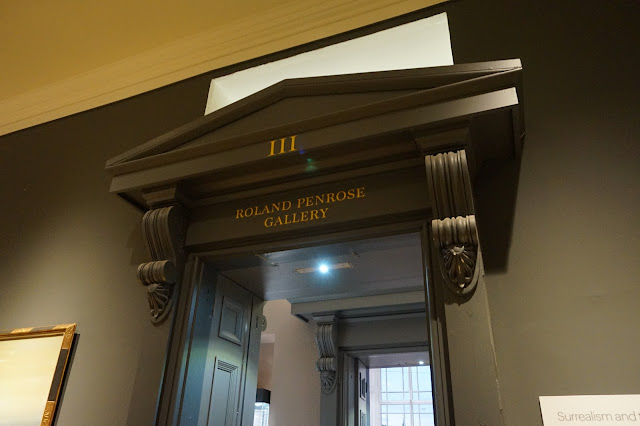 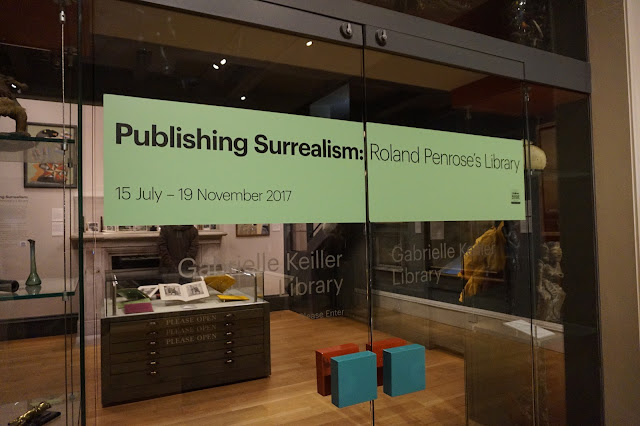 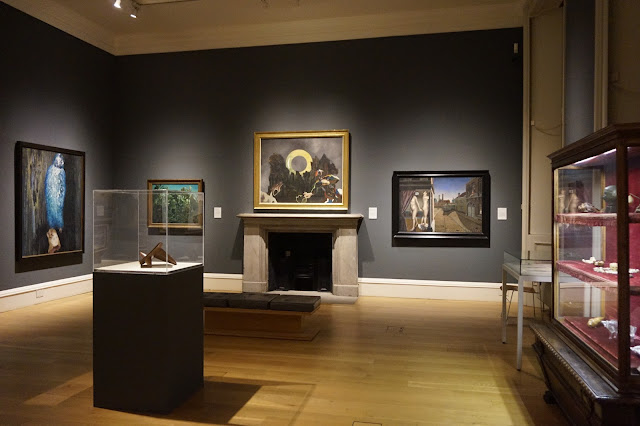 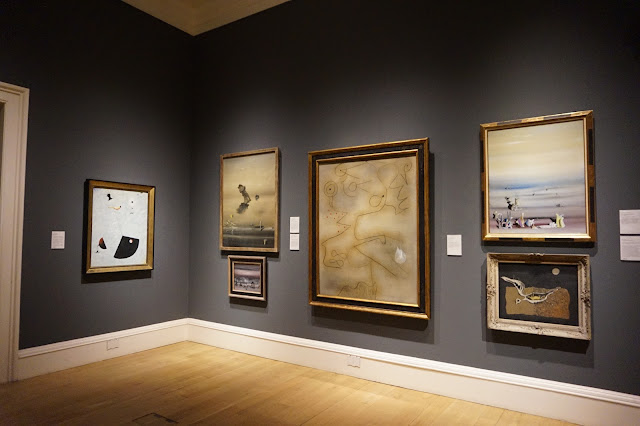 When first planning these mathematical travels I had only planned a couple of days for Edinburgh.  My interest was in John Napier, a very interesting character who also invented logarithms and is responsible for popularizing the use of the decimal point.  After seeing Merchiston Tower, which is all that remains of his castle in Edinburgh and is now part of Edinburgh Napier University, and after touring Lauriston Castle, home of his brother, I was going to be on my way to my myriad of mathematical stops in England.

However, as I began to look into Edinburgh I became aware of more and more mathematicians and mathematical physicists of note who were associated in some way with Edinburgh.  Along with Napier, these are:

Clearly my Edinburgh sojourn needed to be extended, and I ended up reserving six days in Edinburgh rather than the two I had initially planned.  Even at that I need to focus on two or three and just touch on the others.  In this post I am sharing landmarks that all of these mathematicians would have been familiar with - that's not to say that some changes may not have been made to certain places such as Edinburgh Castle and Holyrood Palace between the time of Napier (b. 1550) and Atiyah (b. 1929). 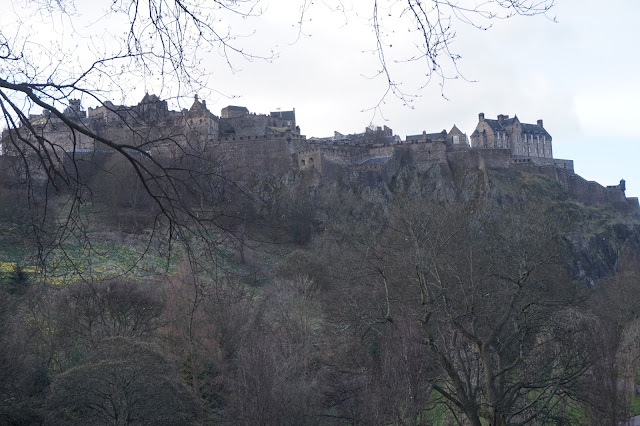 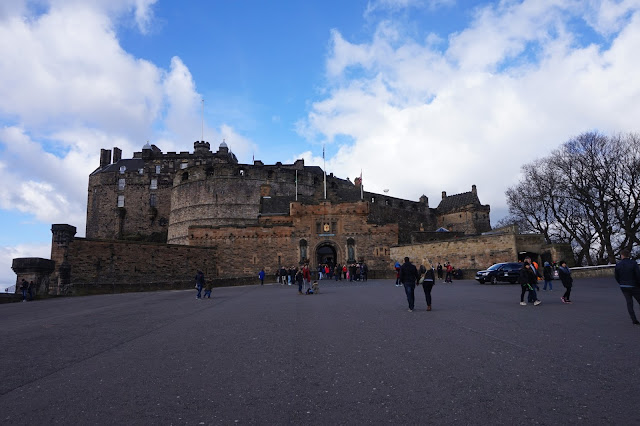 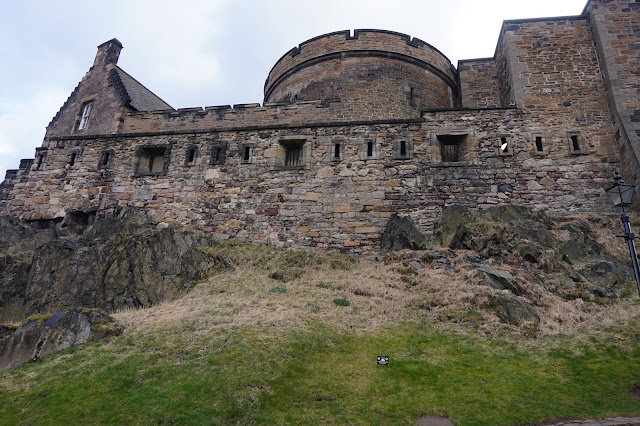 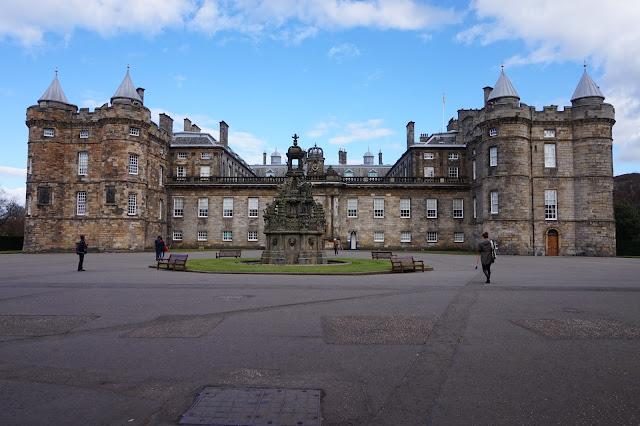 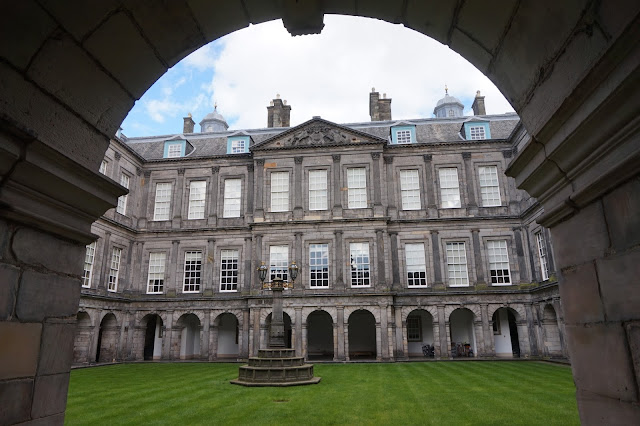 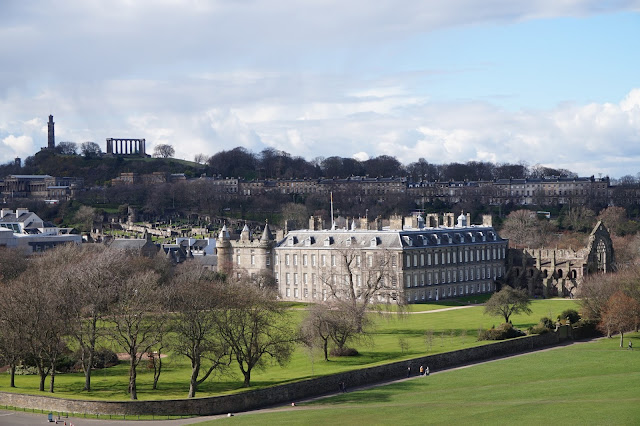 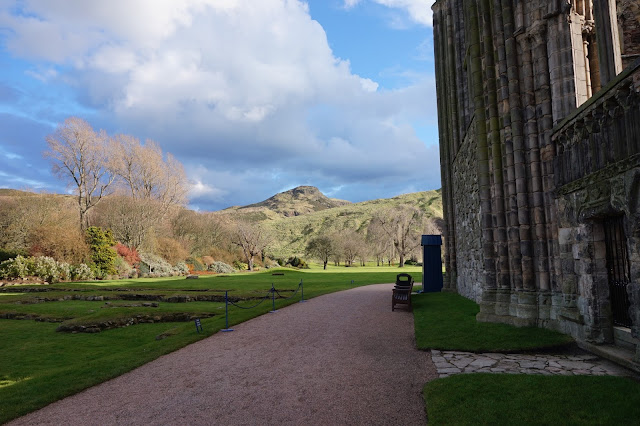 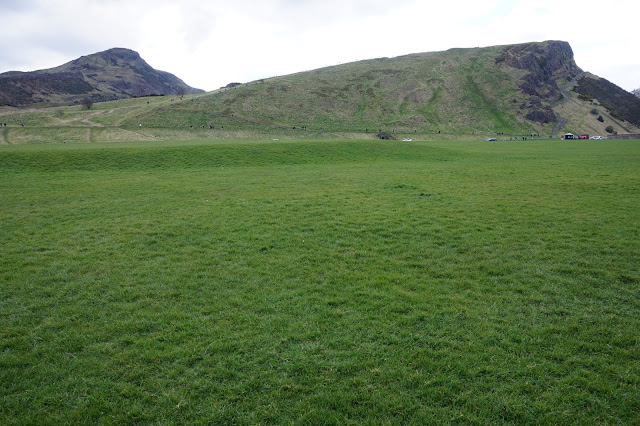 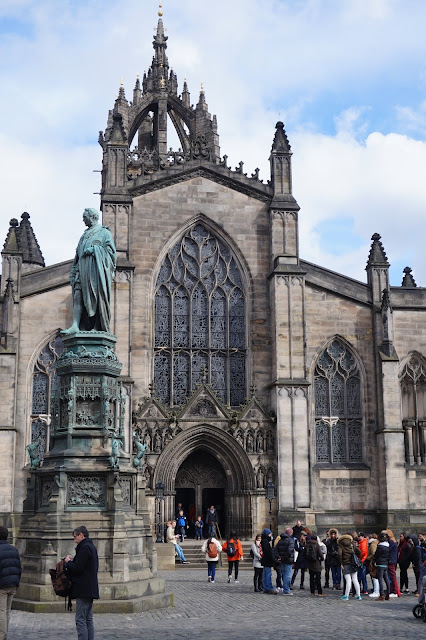 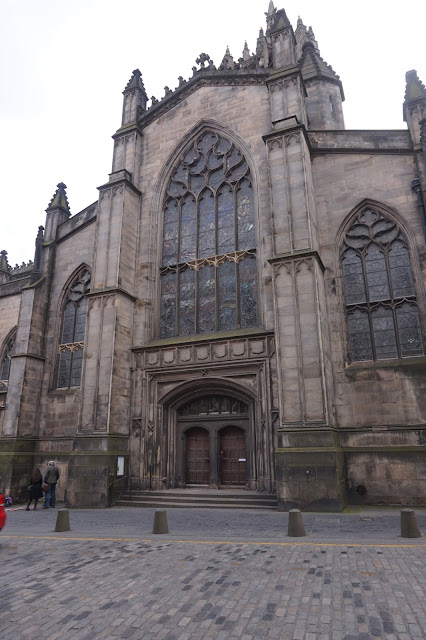 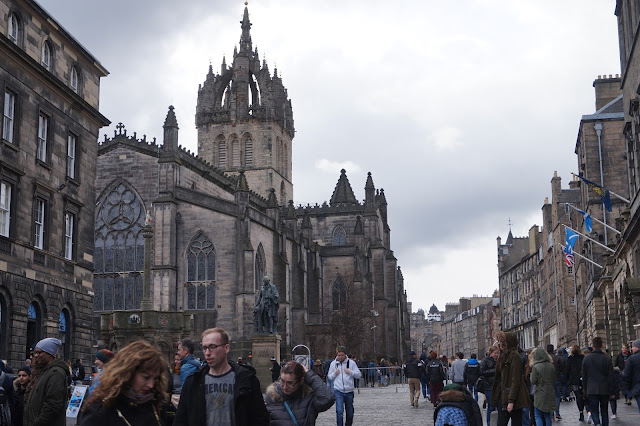 
THE FIRTH OF FORTH

CALTON HILL (with or without observatory and various monuments)

Getting it in as I Count it Down

I leave for the European travel part of this math history sabbatical in just over a week, and the phrase most on my mind right now is "GETTING IN."

Can I get all of this: 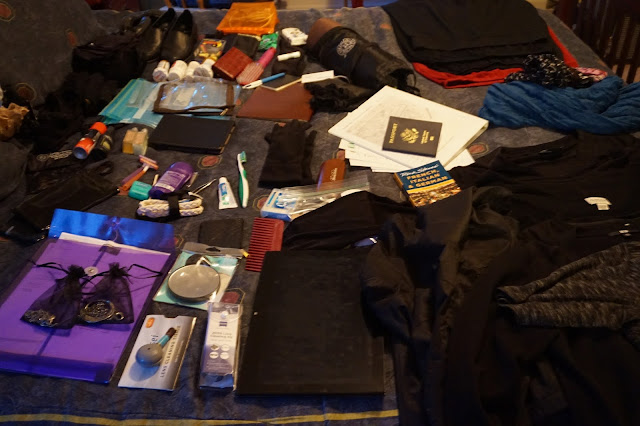 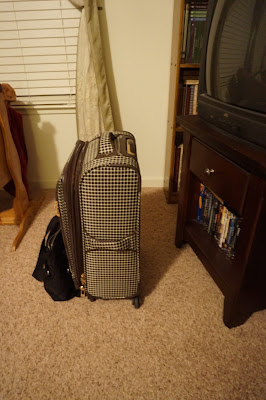 (And will this be enough to keep me going for seven weeks?!) 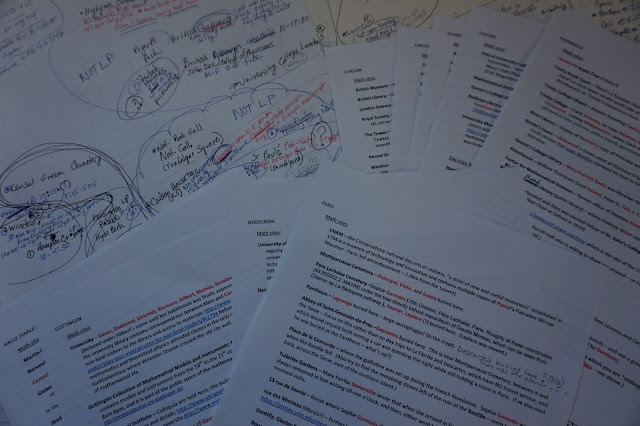 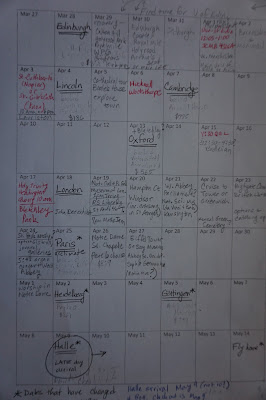 Have I gotten all of this - 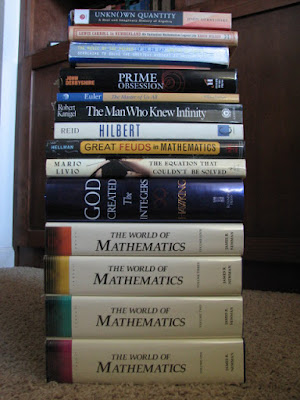 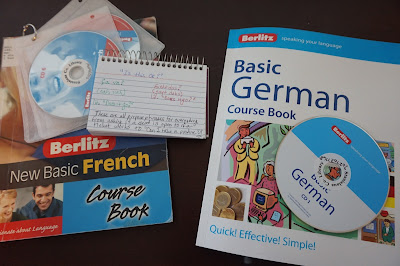 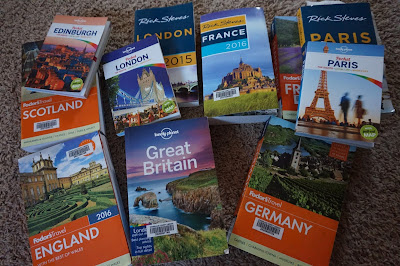 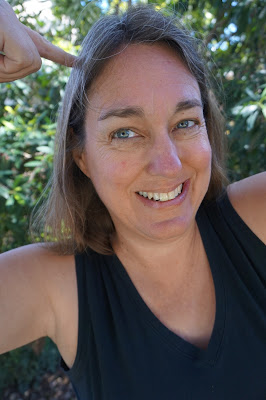 Here are some things I have "gotten in" to for certain:

THE BODLEIAN LIBRARY - One of the things I'm most excited about at this moment is that I have "gotten in" to Oxford's Bodleian Library - one of the oldest libraries in Europe and the second largest in Britain (behind the British Library in London). And that took some doing!! To get a reader's card I needed to send a bank statement proving permanent address, a letter from human resources proving my faculty status, a copy of the picture/signature page of my passport, and an application expressing why there is need for me to access their resources. I got the news about a week ago and am still on cloud nine! I'll be reading correspondence between mathematicians Mary Fairfax Somerville (1780-1870) and Lady Ada Byron Lovelace (1815-1852).  In that era it was exceedingly rare for a woman to pursue mathematics at all (they certainly weren't allowed to attend university!), and this is the only case I know of where one female mathematician served to any degree as a mentor to another.  Ada Byron Lovelace is the daughter of the poet Lord Byron, by the way - but more on that when I visit Hucknall, England on April 6.

TRINITY COLLEGE CAMBRIDGE -  I also "got in" with some experts at Cambridge - very, very gracious - who will show me where at Trinity College the rooms of G. H. Hardy (1877-1947) and J. E. Littlewood (1885-1977) were in the early 1900s.  They've actually already done some research on this for me in advance of my arrival.  I'm particularly happy about "getting in" here for two reasons.  One reason is that Hardy and Littlewood were such prominent and interesting mathematicians and that there are wonderful stories about how they lived so close together but nearly always corresponded by messenger rather than meeting face-to-face. But the other reason I'm so excited is that the chair of the sabbatical committee gently warned me that I probably wouldn't be able to quite pull off all that I had proposed for my travels - seeing Hardy and Littlewood's former rooms being one item he doubted me on. HA! I'm doing it! Hopefully all the rest of the "getting in" goes as well!!

THE KILNS - OK - not math-related, but Lewis is my favorite author, and I'm going to be in Oxford, so how can I not try?  Many weeks after having written them I had given up on hearing back from the C. S. Lewis Society, but just this morning I found a response in my email inbox that there will be a tour on Thursday, April 14 and that I can "get in" on it!  Hurray!  (There are Lewis scholars living and working in his old home, so a tour is not a sure thing for any given visit to Oxford, and only certain areas are open to tourists.  It just happens that my timing for this venue was just right!)

Ready or not, here I come!